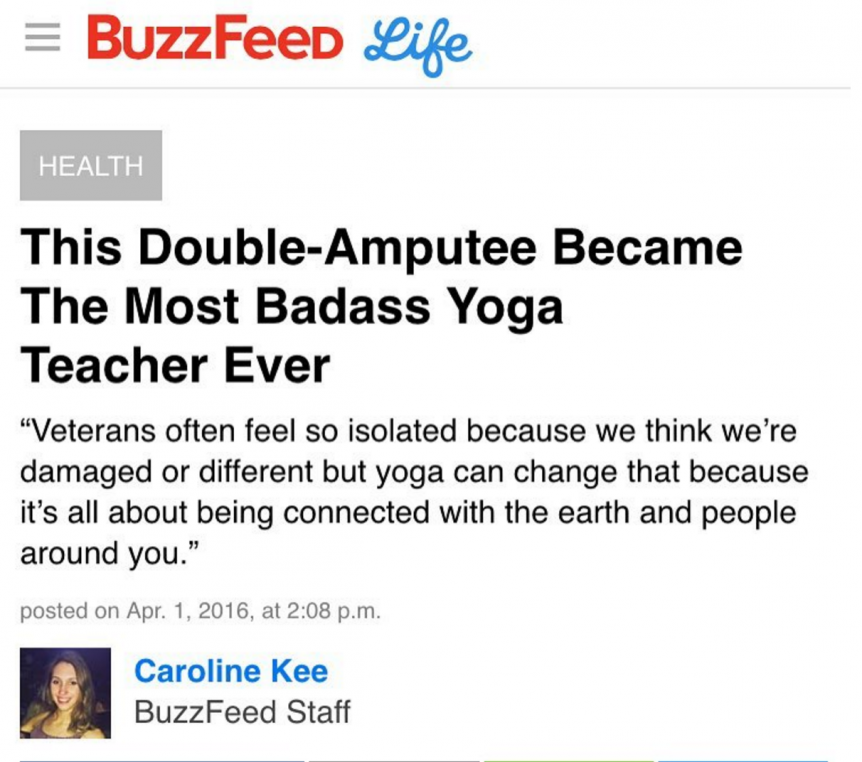 Buzzfeed did a full profile on Dan’s story – from his army days all the way through present day. It’s a great article and has since shown up in various forms on AOL.com and other outlets. Please give it a read and share it!

Nevins says he had never considered yoga before because of what he calls the “man bun and spandex stereotype,” but he agreed when his friend offered to teach him because he had tried meditation which seemed to help. “My prosthetics made it very difficult and painful and I got so frustrated that I just threw them off, which I never did in front of people for an entire decade,” Nevins says. With a lot of patience and help from his friend, he says he could adapt almost every pose. “I remember sinking into warrior pose and it was like the earth shattered beneath me and my body lit up with energy — I was tearing up and I didn’t even understand what was happening, but my entire outlook on life changed,” Nevins says. “I knew immediately, I was destined to do this.”

This site uses Akismet to reduce spam. Learn how your comment data is processed.